What is the campaign #HotelsThankTheNHS?

With over 100 hotels already on board, the campaign #HotelsThanksTheNHS offers free hotel breaks around the UK to the incredible NHS workers who have worked tirelessly to save lives during these unprecedented times. With hotels from London to Cheltenham, Cardiff and Devon, the campaign allows NHS workers to experience the ultimate staycation all around the country, whether they’re looking for a local stay or a weekend getaway in a new destination. The participating hotels cover a wide range of styles, from 5* luxury hotels to country manor hotels, and everything in between. The campaign so far has shown the huge generosity of the UK hospitality industry, with hotels donating complimentary dinners, lunches, and spa treatments in addition to the free accommodation in hotel rooms and suites. Hotels participating in #HotelsThanksTheNHS include the newly opened The Standard, London offering two nights stay for two people with breakfast and dinner; iconic The Landmark, London will offer a luxurious stay for two in a Superior Double room with breakfast; and Nobu offering stays across in its existing and soon to open London Hotels, plus a couples massage and cocktails.

Outside of London, Iconic Luxury Hotels offers stays across its portfolio of hotels including Cliveden, Chewton Glen and The Lygon Arms. For quirkier breaks, The Merry Harriers are offering two-weekend breaks with meals, wine and a Llama Trek, whilst Beachcroft Beach Huts have contributed two-weekend breaks including breakfast, dinner with wine and spa treatments in its stunning beachfront properties. Hastings Hotels will offer a stay at any of its seven properties in Northern Ireland.

Across the UK, Leonardo Hotels and Jury’s Hotels have combined to offer weekend breaks at 48 hotels throughout the nation. Further afield, Design Hotels is offering NHS workers a weekend stay in a chosen hotel anywhere in the world (except New York) whilst 25Hours offer two nights for two in Paris with dinner.

The campaign was conceived on the 26th March 2020 when Debbie Robinson, founder of the independent hotel booking agency 10 or More Ltd, specializing in hotels for groups worldwide, participated in the first weekly ‘Clap for Our Carers’ initiative. With the travel industry at a standstill and Robinson’s business on pause, she chose to use the lockdown to give back to those who are working so hard to keep the nation safe and well. Using the power of LinkedIn, Robinson reached out to her vast network of hoteliers and within 10 days had received pledges from 100 hotels. Robinson continues to seek pledges and aims to reach as many NHS frontline workers as possible, allowing them the chance to relax and recoup. A full list of offers will be available via www.10ormore.com/hotelsthankthenhs/. The website will be regularly updated with new offers and details on how NHS staff can redeem stays. The campaign aims to reach as many NHS frontline staff as possible with these weekend breaks, and is looking to achieve as many free weekend breaks for NHS staff as possible. The campaign will remain open for the foreseeable future until the time when the emergency is over and the selected NHS frontline staff can begin to take their very well-earned breaks.

These are some of the most amazing flower decorations by hotels

This Greek resort’s expansion gives us loads of decorating inspiration The relaunching of The Grove Hotel at Hertfordshire
May 2021 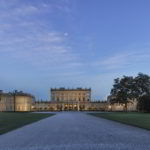 What is the campaign #HotelsThankTheNHS?