All about “Astir Palace Legacy”

Why I loved the new publication about the iconic resort of Athenian Riviera, Astir Palace and its 50 years of cosmopolitan legacy

I have always been fascinated by the history of a hotel and I will stare at old pictures for hours or look meticulously at the details when the plot of a film takes place in an elegant lobby or a suite with a breathtaking view. I recently came by a new book dedicated to Astir Palace, the legendary resort of Athenian Riviera, which ideally portrays the golden era of Greek tourism, when the country was turning into one of the favorite destinations of the international jet set crowd.

To us Athenians, as well as tourists that had to cross an ocean to get there, the Astir Palace hotels were always considered to be a dream spot.

A Sunday stroll, an early summer weekday skipping work to visit its beaches or swimming pools, a weekend at its bungalows or even a dinner at one of its restaurants,  have always been a pampering gift to those that could afford it. To start with, its magical location in the piney slope overlooking the bay of Laimos in Vouliagmeni area, about twenty five km from the city centre. Moving on, the unique style of the three hotels -the first one opened in 1967- which clearly stood out for their modern and impressive architecture. To top it all, the furniture was handcrafted, and the public spaces were filled with original art by many renowned Greek artists like Moralis, Tsarouhis, Mitaras and Gyzis. I so love this old lobby bar in Arion Hotel, decorated with murals by famous greek painter Dimitris Mytaras

The stylish bangalows with their private beaches have immediately become the favorite summer destination of the Athenian elite. The resort was often selected as the set for the filming of numerous Greek and international productions in the 60s and the 70s.

Fifty years of exciting history, which took place in the most magical peninsula of the Attica coastline, are captured in this new luxurious publication, curated by Plus More 360° Communication. Browsing its pages, the legend of the iconic hotel unfolds, with the VIPs that were its guests including Hollywood stars, famous politicians and artists, powerful business men and great ship owners. A most recent illustrious guest was US President Barack Obama.

Though well researched narrations and testimonies the book brings back to life an unforgettable era of greek tourism, dominated by the Astir Palace Hotels.

SEE HERE 30 AND MORE PHOTOS OF THE NEW FOUR SEASONS ATHENS THAT OOPENED AT ASTIR PALACE:

Click on the gallery below to see some of its pages as well as some of my favourite personal photos from the resort: The famous bungalows of Arion Hotel Sunset at the entrance of The Westin Athens Enjoying a dessert at Arion Hotel of Astir I so love this old lobby bar in Arion Hotel, decorated with murals by famous greek painter Dimitris Mytaras The public beach of Astir Walking around a private beachh on a Spring morning Photo taken on a warm winter Sunday at Astir Palace Snapshot from a fashion editorial Astir, during the 90s Enjoying a Margarita at Matsuhisa restaurant at Arion Thank you so much. I enjoyed reading your article !

Thank you. So happy to hear this! 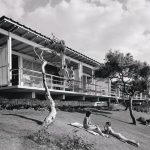 All about “Astir Palace Legacy”