Only love for Hotel Des Grands Boulevards, the coolest and most romantic new entry in the Parisian hotel scene

During my last visit to Paris, I forsook my favorite strolls in Marrais, Saint Germain des Pres and Place Vendome and opted for a neighborhood that lately attracts the hip crowd of both Parisians and foreigners with its small boutiques and some of the most outstanding new entries in hoteling. In the heart of the second ‘arrondissement’, between the Grands Boulevards and the Poissonniere metro stations, cool spots constantly spring up.

There is the Hotel des Grands Boulevards which I was invited to visit few days after it opened. So what if in the lobby there were still working crews adding the finishing touches; the Grands Boulevards Hotel convinced me right from the start about its ‘fresh’ hospitality concept and its alluring atmosphere. Its unique decorative style created by Dorothée Meilichzon is an irresistibly charming mixture of nostalgia and urban modernity.

Aristocratic interiors meet pastoral aesthetics, rustic wood furniture and old linens, while  sumptuous colours & fabrics dominate some of the most beautiful attic rooms I have seen lately. Mark my words! In a couple of days, Pinterest will be filled with photos from the romantic attics of Hotel des Grands Boulevards where one can find Grand Siècle draped canopy beds as well as 70s rotary dial phones!

The retro bathrooms, boasting windows with the iconic view of Parisian rooftops, are really made to soothe you. All around there are intriguing details like the ingeniously designed do- not-disturb sign or the beauty pouch filled with sample-size cosmetics from cult brands that awaits  the guests at the bathroom  every day.

Meilichzon has adopted a fresh approach to typical Parisan decorative patterns, drawing inspiration from the history of the building that was originally built as a hotel particulier in the 18th century when the Grands Boulevards were still a verdant promenade and the French Revolution was in full swing.

Decorated with art nouveau stained-glass windows and petite fountains, huge plants and floral wallpapers, the public spaces of the hotel are also designed to become the talk of the town and meeting points for hip visitors of the neighborhood. As for the hotel restaurant, it has been entrusted to Giovanni Passerini, celebrated chef in the new Parisian gastronomic scene.

I would definitely recommend this affordable boutique hotel, created by the Experimental Group (the very same team behind the Grand Pigalle Hotel as well as many other original gastronomic concepts) for a romantic getaway to the  French capital off  the centre, yet far from its hustle and bustle.

Click on the gallery below to find out more! Bedroom with a view Retro telephone among the details 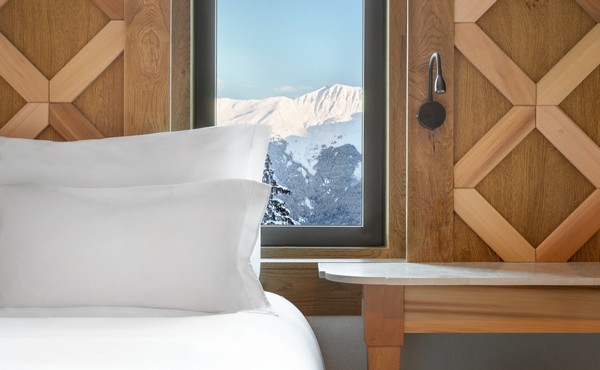 Opening soon! This is how Nobu Marrakech will look like
January 2023 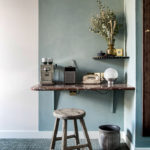