Afternoon tea in London 2022: This ritual is brand new and one of the best!

If you are looking for the best afternoon tea in London, discover this one served in an iconic hotel by one of the best chefs in the world!

This Autumn at The Berkeley in London, Cédric Grolet – one of the world’s best pastry chefs – unveils his own version of afternoon tea, named ‘Goutea’, Grolet’s fusion of goûter (the French tradition of sweet snacking) and best of British afternoon tea.  First, guests seated in the surroundings of The Berkeley Café designed by Remi Tessier, will be welcomed with an iced vanilla tea. Grolet’s cake stand – perfectly paired with tea, coffee or champagne – showcases two savoury and five sweet creations.  The menu will evolve and change with the seasons but for Autumn Grolet features the chef’s iconic vanilla flower, a Paris Brest, a pistachio cookie and, for a purist English nod, a scone with cream and jam.  The sweet piece de resistance is a glistening trompe-l’œil green apple which, inside, features fresh apple and dill. The savoury goodies are Grolet’s highly intricate take on avocado on toast and a trompe-l’œil burrata which reveals tomato gel and basil pesto when cut open. A mini comté cheese and bacon quiche, warm from the oven, will be bought to table mid-service to complete the savoury offering.  In true Cédric Grolet style, surprising touches will be presented throughout the service such as chef’s circulating the room with trays of freshly baked madeleines. The chef opened the doors to his first patisserie outside of France, Cédric Grolet at The Berkeley in February 2022.   With a string of accolades citing him as the best pastry chef in the world, Grolet is known for his trompe-l’œil artistry and legendary Instagram channel with a following of 3.6 million, which he runs himself with signature flair and spontaneity. 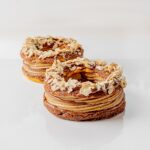 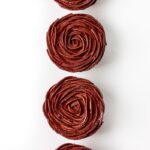 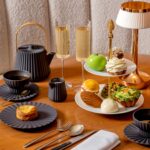 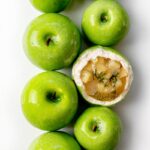 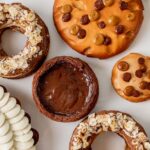 Afternoon tea in London 2022: This ritual is brand new and one of the best!